SHARE
Facebook
Twitter
CABANATUAN CITY – Milagros Fiesta, 75, grandmother of 30-year-old Mary Jane Veloso on her mother’s side, endured the burning atmosphere of light El Nino phenomenon and fight for the latter’s life as she stayed day and night with a small group of sympathizers and “prayer warriors” in a corner near the busiest crossing along Maharlika Highway here Tuesday.

Like the other relatives of Mary Jane, she went hysterical every time she heard news that the execution of Mary Jane and other drug convicts in Indonesia would push trough. In front of her was a TV monitor beaming developments on scheduled execution from time to time.

The news that the execution of Mary Jane was delayed came sweetest to her ears, reviving hope that one day Mary Jane, her dear grandchild, would come home, very much alive.

“Umaasa ako na mapapatunayan na na wala siyang kasalanan at magkakasama- sama na kami uli,” Fiesta said. She reiterated belief that Mary Jane, a mother of two who got married at the age of 16, from Barangay Caudillo here was a victim of human trafficking and a drug syndicate. She also expressed hope that she can continue her simple life back here.

Imelda Magday, Mary Jane’s aunt, said the delay in execution was a ray of home for their family which found her ordeal a nightmare they can never recover from. “Pag namatay si Mary Jane, hindi lang siya ang namatay, lahat kami,” she said.

She, however, called on the government to exert further action to have Mary Jane back home alive. 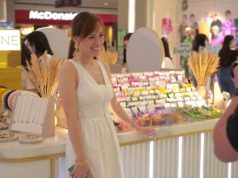