AirAsia’s flights to Zamboanga come soon after the announcement of flights to General Santos. Destinations in the South also include Davao and Cagayan de Oro, which commenced operating in 2015 and 2018 respectively.

AirAsia Philippines CEO Ricky Isla said, “We are pleased to announce our new domestic destination, Zamboanga. Our newest route cements AirAsia’s connections amongst the country’s major islands: Luzon, Visayas and Mindanao. The launching of the new route is in support of Tourism Secretary Bernadette Romulo Puyat’s push for a livelier tourism within the Philippines and her department’s campaign, ‘It’s More Fun in the Philippines.’”

Located at the southernmost tip of the Zamboanga Peninsula in Mindanao, Zamboanga is a highly developed and urbanized city that was once a former settlement of the Spaniards during the colonial era. Hispanic influences are still seen in buildings and structures, among others, thus the nickname “Asia’s Latin City.”

Today, Zamboanga is a commercial and industrial center for trade and commerce in Mindanao due to the region’s vast natural resources. Also known as the Sardine capital of the Philippines, Zamboanga City supplies around 90 percent of the country’s canned sardines demand according to research. And the canned sardines sector contributes at least USD16 million in annual export earnings to the city.

Though its economy has expanded, the charming region has managed to preserve much of its cultural heritage, serene landscapes, and unspoilt beaches. These have attracted more than 700,000 tourists to the region in 2018 alone.

Enjoy the lowest possible fares by becoming a BIG member, which is easy and free. Simply visit airasia.com and click “BIG Log in/Sign up”.

AirAsia guests are encouraged to check-in online at airasia.com, via the AirAsia mobile app, or by using our self-service kiosks at airports. Travelers who wish to make changes to their bookings or purchase additional add-ons such as pre-booked Santan meals or luggage can do so via the My Bookings portal at airasia.com. 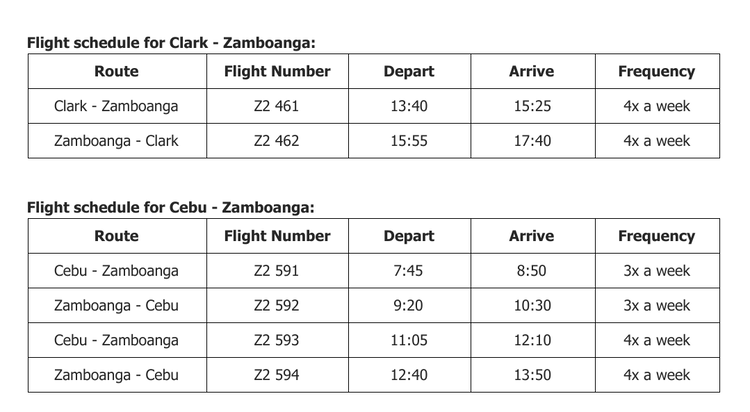 BDO operations normal, but on guard vs. COVID-19